To ensure backwards compatibility, ImageJ2 has been designed to fully integrate into the existing ImageJ user interface. This allows users to keep using ImageJ in familiar ways, while providing the ability to migrate toward more powerful new features as needed.

The Fiji project has been built on top of ImageJ2 for quite some time, so you may already be familiar with some of ImageJ2’s features—some of which, such as the Updater and Launcher, were originally developed as part of Fiji. 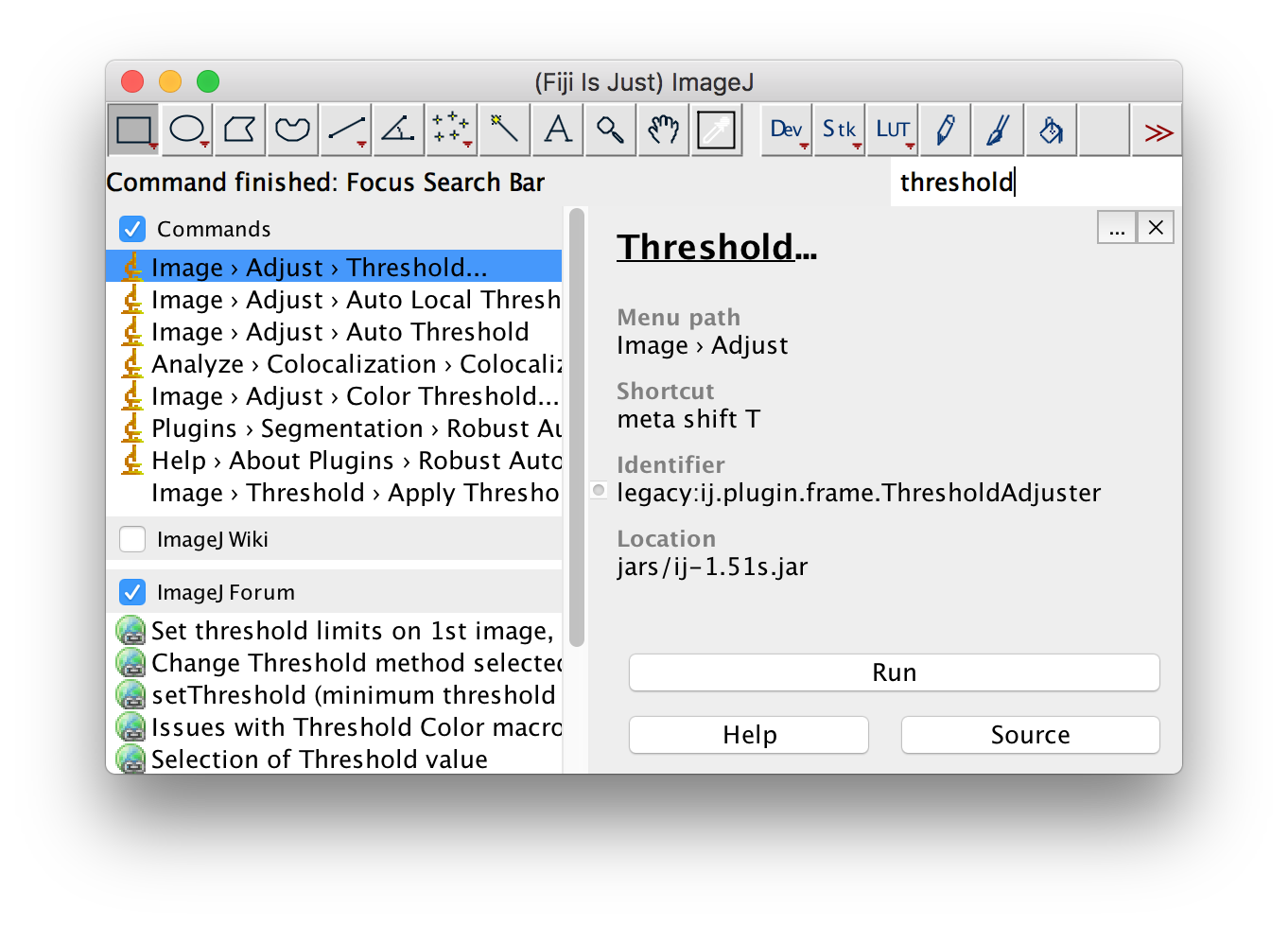 The search bar finds commands, and can search the ImageJ wiki as well as the Image.sc Forum if you check those respective checkboxes.

For power users and developers, the search bar supports execution of “code snippets”—single lines of code for performing tasks—by starting the query with !. Any code that works in the Script Interpreter should be usable as a code snippet.

Developers can extend the capabilities of the search bar by writing Searcher plugins.

ImageJ2 uses the SCIFIO library (SCientific Image Format Input and Output) by default for most image input tasks. You can change this behavior at any time by running Edit › Options › ImageJ2 and modifying the Use SCIFIO when opening files option.

ImageJ2 is more than just an application

In recent years a segment of the ImageJ developer community has repeatedly inquired as to ImageJ’s future. The program has been successful enough that it would greatly benefit from current open-source software best practices: a publicly accessible source code repository, a suite of unit tests with a continuous build integration system, a central repository of extensions, clear guidelines on how external developers can contribute to both those extensions and to the core program when warranted, and a development roadmap addressing feature requests and tasks from the community.

Listening to the ImageJ community, it is clear that:

For more details, see the presentation from the 2010 ImageJ Conference.

ImageJ2 is funded from a variety of sources. See the Funding page for details.