Sometimes you get merge conflicts when merging or pulling from a branch. Git will then tell you something like

Typically, there is one branch point, which is the latest common commit. This is the base commit.

The merge conflicts occur when there are disagreeing changes. In that case, your conflicted file will have so-called conflict markers:

Between the <<<<<<< and =======, you will find the version as per the changes in your current branch, relative to the base commit.

For convenience, after the <<<<<<< and >>>>>>> markers, you will see hints as to which commit that part of the conflict stems from, HEAD of course being the current revision.

To resolve the conflicts, you have to decide what the end result should be. This is not something you can do without thinking, otherwise Git would have done it for you.

For example, merge conflicts in .gitignore are often resolved by taking both the current version and the other version:

But beware: if lines were _removed_, you will have to resolve differently. For example,

So you definitely need to think carefully about the resolution!

The previous section talked about file conflicts. But of course, conflicts can occur between diverging submodule versions, too. Example (submodule ImageJA):

As a submodule’s “content” in the superproject is the submodule’s current commit name, the diff will show you something like this:

or for your version:

and then commit the merge:

For complicated conflicts, you may find it easier to do the resolution using an external merge tool, which can show three versions of the file side-by-side. You can do this with:

… which will offer you a choice of tools. Here is a screenshot of using git mergetool --tool=meld: 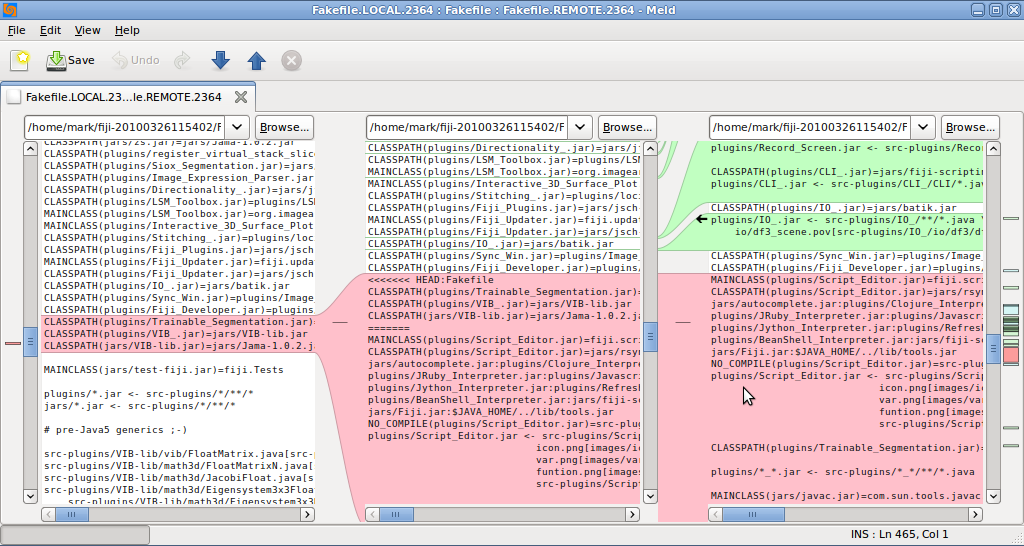