Even though one could use any Java library to present a graphical user interface (GUI) for a script or plugin, there are mostly two recommended ways to collect input from the user in ImageJ and ImageJ2. Both methods can be used with all available scripting languages, including the ImageJ macro language.

Script parameters are a feature of ImageJ2. They will not work with the original ImageJ. 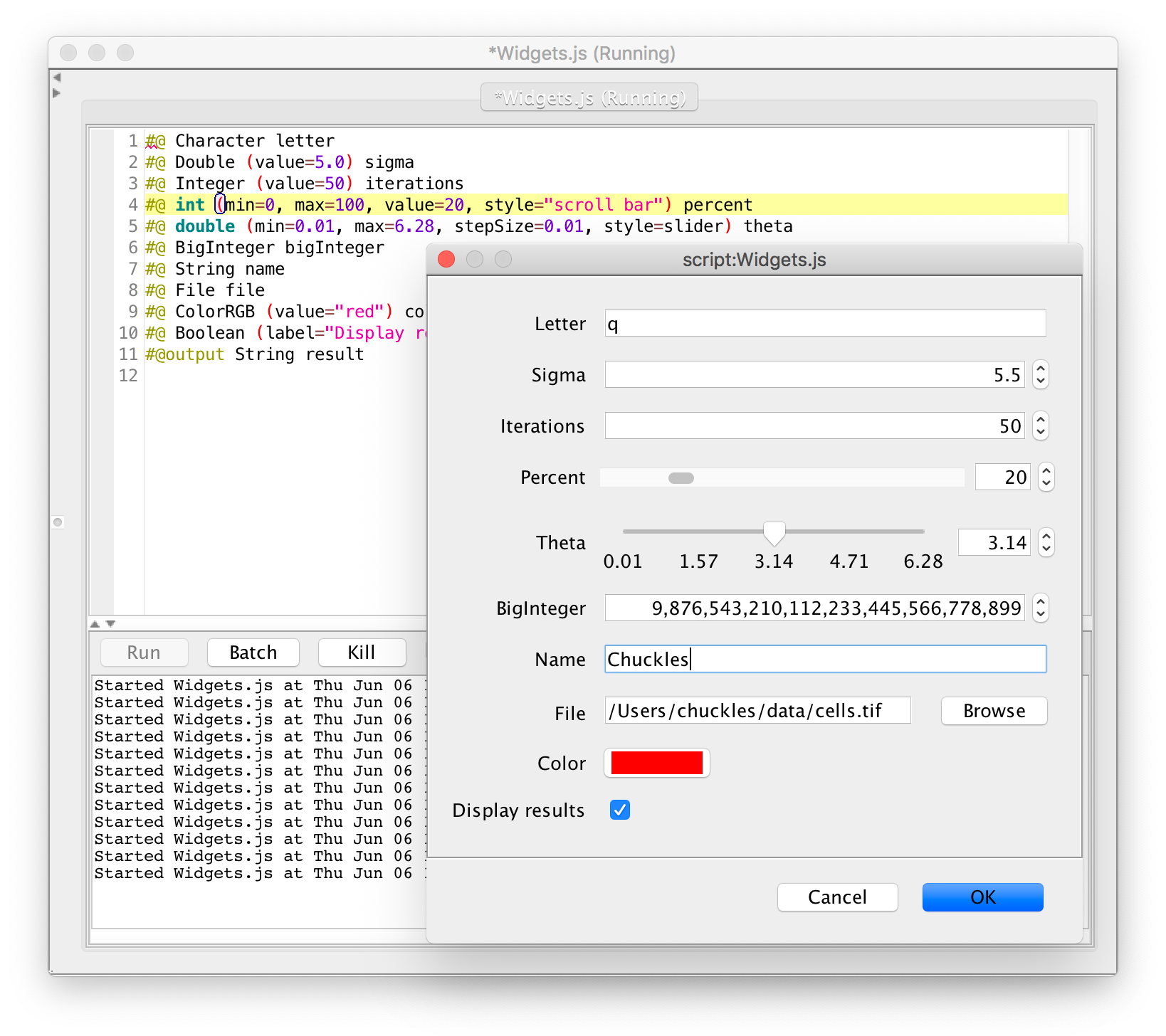 Script parameters are a fast, succinct option to make a GUI in ImageJ2 and beyond. Scripts written using the #@ parameter syntax can also be consumed by other tools in the SciJava ecosystem, including KNIME, OMERO and others. They are independent of user interface, meaning alternative GUIs coded in other frameworks—such as ImageJFX coded using JavaFX—can also present a GUI for your plugin/script that matches the application.

Each parameter (integer, string input, etc.) corresponds to a user interface element, and is created by using a generic notation in the form #@ ParameterType variableName that is put at the top of the script.

There are as many notations/lines as there are items to put in the GUI, and the items are rendered vertically in the resulting interface, in the order of appearance in the code.

GenericDialog is a graphical dialog. Depending on how it is used, it may impact a script’s usability in different scenarios, such as headless execution from the command line. 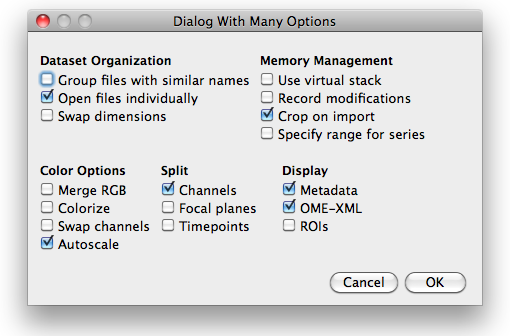 The GenericDialog class—part of the original ImageJ—offers more flexibility than the script parameters, including custom layout and buttons, but requires more coding—e.g., successive calls to the plugin do not automatically remember previously entered values. Plugins coded using GenericDialog are also not automatically usable in other SciJava tools such as KNIME or ImageJFX.