There are a many different derivatives of ImageJ with very similar names, and some confusion is inevitable. Below is a table which should help to clarify the purpose of each. For the historical context of these projects, see History below.

The first imaging program that Wayne Rasband developed, starting in the late 70s, was called simply “Image”. It was written in Pascal, ran on PDP-11 minicomputers and ran in only 64KB of memory! Rasband started work on the second, NIH Image, in 1987 when the Mac II became available. Rasband was a Mac enthusiast, and the Mac II had card slots just like the PDP-11. Rasband started work on ImageJ in 1997, when Java was becoming popular. Rasband was intrigued by the idea of creating a version of NIH Image that would “run anywhere”, including as an applet in Web browsers.

Here is a timeline of software development related to ImageJ: 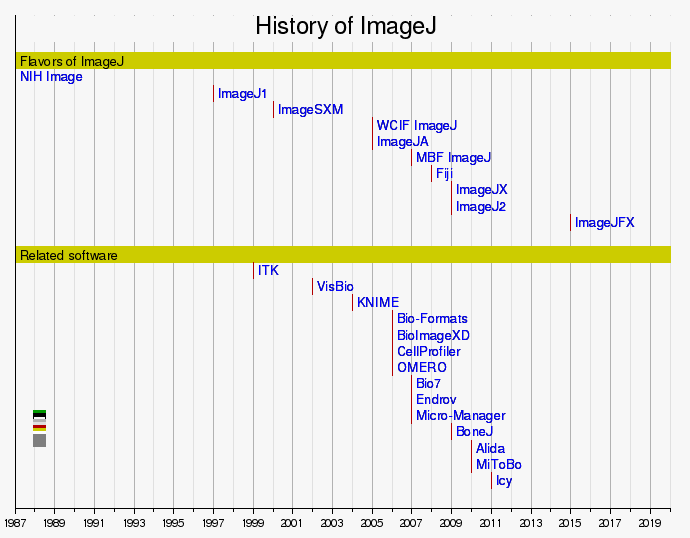