Plugin to perform Delaunay Triangulation, or draw the Voronoi Diagram for a given point ROI.

The Delaunay Triangulation for a set of points gives you triangles connecting all the points such that for each triangle, there are no other points in the circumference of that triangle than the three corner points.

The dual problem is the Voronoi Diagram: given a set of points, visualize those coordinates that have equal distance to the closest two (or more) points. 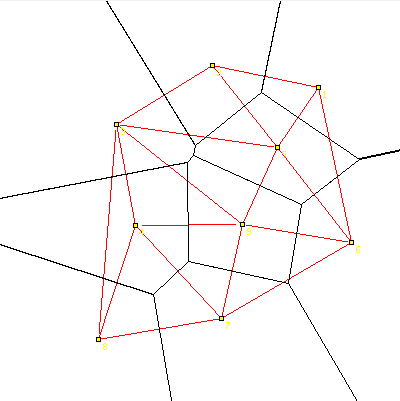 This plugin operates on a point selection consisting of multiple points.

The plugin shows this dialog when it is called: